We provided them with initial plans months early to know the house and help with their bid. The plans, with minor changes, were finalized 2 months before the contract, 6 months before construction.

It wasn’t long after the contract was signed before both Beau and Jim Rutherford began complaining about the plans. Too many pages, too detailed. Jim Rutherford complained on three of our visits in a row. On the next visit, he proudly showed me what he called a 1-page building plan. I only wish I had photographed it.

It became clear, too late, unfortunately, that our builders either could not read plans or ignored parts of them. Their lawyer helped us with that question, however. Here’s what they had their attorney ask in our architect’s deposition. 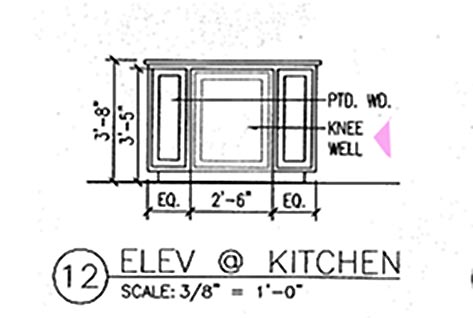 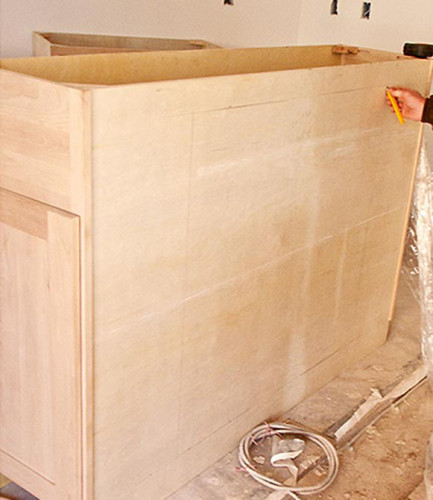 Rutherfords had lawyer ask our architect if there was knee space.

Beau Rutherford drew out a knee well after they ordered the cabinet without one.

Builders first try didn't leave floor space for their test bar stool and had to be redone.

Builder finally got the cabinet right, but left deep gouges in floor. (See their 9-month failed attempts to fix them.)

About builder screw-up, Rutherford lawyer asked our architect basically how an architect plan should have been read. Section of plan, lower left, shows living/dining room at left, kitchen at right. Click to Enlarge. 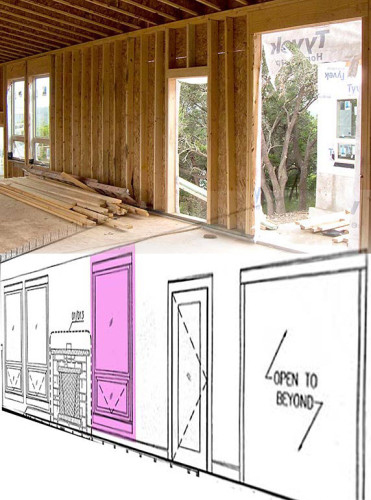 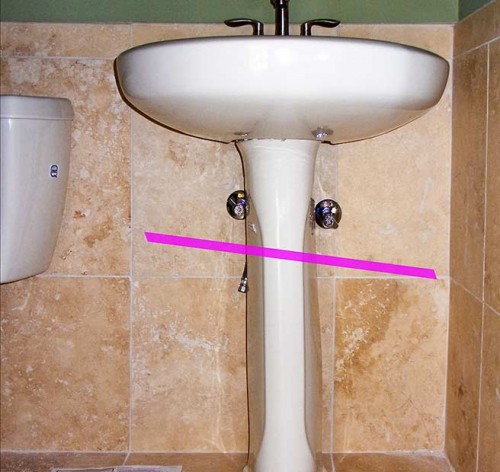 Builder had trouble using architectural plans. 4- x 7-ft. window was not framed out.

Jim Rutherford testified there was 1 vent on plans.